Steven is well on his way to a fantastic journalism career by securing a role with RNZ.

New Zealand Broadcasting school journalism student Steven Walton is finishing up his first year of studies but has already secured a fantastic role on Radio New Zealand (RNZ) as the new Christchurch correspondent for the City Seen segment on Karyn Hay’s Lately show.

The late night spot is a dream job for Steven, who reported on events, including political events, in Christchurch, on 13 November. “I’m absolutely honoured to be on Radio New Zealand – it is any young journalist’s dream,” Steven said on air.

Steven has already created a name for himself by writing a Reader Report for Stuff on why lowering the voting age would be a disaster and a blog for JetMag about Snapchat’s location service update. He is also Editor-in-Chief of the Formula 1 news website, Green Flag F1. More of Steven’s work can be seen on our news website Metronews.

After discussing upcoming events on RNZ, Steven was asked which he would choose - the South Island Beer festival, the politicians’ public meeting or Coca Cola Christmas in the Park. Steven chose the political event, perhaps indicating his future career direction. He will be back on air in four weeks’ time.

Do you want to become a journalist?

Click here to apply for a place in our journalism degree 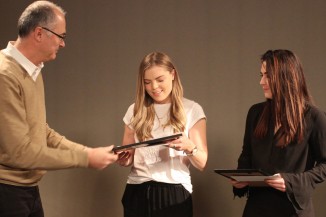 Get prepared for the world of journalism and current affairs with the New Zealand Broadcasting School's internationally renowned degree.