Current TVNZ Breakfast co-host and former US correspondent, Jack Tame, has done a heck of a lot since graduating from NZBS.

When he was just 24 years old, Jack Tame became TVNZ’s US correspondent. Based in New York, he covered everything from hurricanes and mass shootings to the Boston Marathon bombings and Barack Obama’s historic election as President of the United States. At the same time, he had a weekly show on Newstalk ZB and wrote a weekly column for a Sunday newspaper in New Zealand.

Even before his US posting, Jack had a wealth of journalism experience up his sleeve. He’d covered big news events on New Zealand soil including the Christchurch earthquakes, the Pike River mining disaster and David Bain’s retrial, as well as major international sports events such as the Olympics and the Rugby World Cup.

Today, Jack hosts Q+A on TVNZ. Even though he’s still only in his early 30s, you could say that Jack qualifies as a bit of a broadcasting legend himself these days. 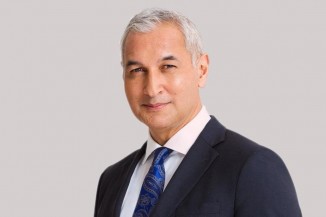 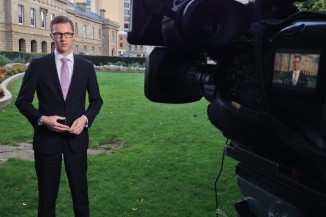 RNZ, ABC News, political reporting and cows! Brad has had an interesting career.